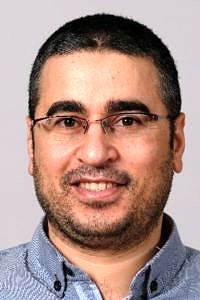 Erlangen Centre for Islam and Law in Europe (EZIRE)

Mahmoud Jaraba holds a PhD in political science, which he received in Erlangen in 2013. In 2021, the Erlangen Centre for Islam and Law in Europe (EZIRE) welcomed him again as a research fellow. He is also affiliated with the Max Planck Institute for Social Anthropology in Germany. In recent years, Jaraba has critically examined issues around Islamic normativity, Salafism and radicalization, as well as so-called “parallel justice” and “clan crimes.”

Mahmoud Jaraba has been active in various fields of ethnographic research for many years, which has given him deep insights into different social structures and a balanced perspective towards complex issues. In his fieldwork research, he aims to investigate how extended families and the various socio-economic conditions, learning processes, cultural and religious norms, and institutions under which they live, contribute to shaping so-called “clan crimes” and the intergenerational transmission of criminal behaviour within specific nuclear families.

In his latest research project, he intends to activate and train bridge builders, so that they can use instruments of extrajudicial dispute resolution in extended family structures (“clans”) in accordance with the rule of law, and thus to open up legally compliant, sustainable ways of cooperation with state and societal actors.